Too many leaders have been conditioned to think of leadership only in terms of power and control. But there is a better way to lead—one that combines equal parts serving and leading. This kind of leadership requires a special kind of leader—a servant leader.

In this model, leaders assume a traditional role to set the vision, direction and strategy for the organization. Once the vision and direction are set, the leaders turn the organizational pyramid upside down so that they serve the middle managers and frontline people who serve the customer. Let’s take a closer look at what a servant leader does.

All good leadership begins with establishing a compelling vision for your organization that tells people who you are (your purpose), where you’re going (your picture of the future) and what will guide your journey (your values).

The traditional hierarchical pyramid is effective to set the vision and direction—the leadership aspect of servant leadership. Kids look to their parents, players look to their coaches, and people look to their organizational leaders so that everyone is aligned and working together toward the same desired end. While leaders should involve experienced people in this phase of leadership, the ultimate responsibility remains with the leaders themselves and cannot be delegated. 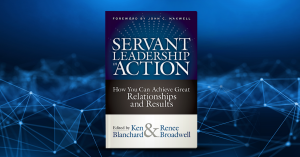 Once people are clear on where they’re going, the leader’s role shifts to a service mindset for the task of implementation—the servant aspect of servant leadership. The question now is: How do we live according to the vision and accomplish established goals?

Many organizations and leaders get into trouble during implementation. With self-serving leaders at the helm, the traditional hierarchical pyramid is kept alive and well. When that happens, who do people think they work for? The people above them. All of the organization’s energy moves up the hierarchy, away from customers and front-line folks who are closest to the action. When there is a conflict between what customers want and what the boss wants, the boss wins.

Servant leaders know how to correct this situation by philosophically turning the traditional hierarchical pyramid upside down. When that happens, who is at the top of the organization? The customer contact people. Who is really at the top of the organization? The customers. Top management is at the bottom. As a result, when it comes to implementation, leaders serve their people, who serve the customers. Servant leadership is the only way to get both great results and great human satisfaction. 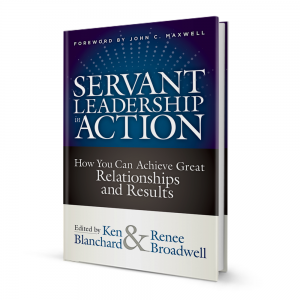